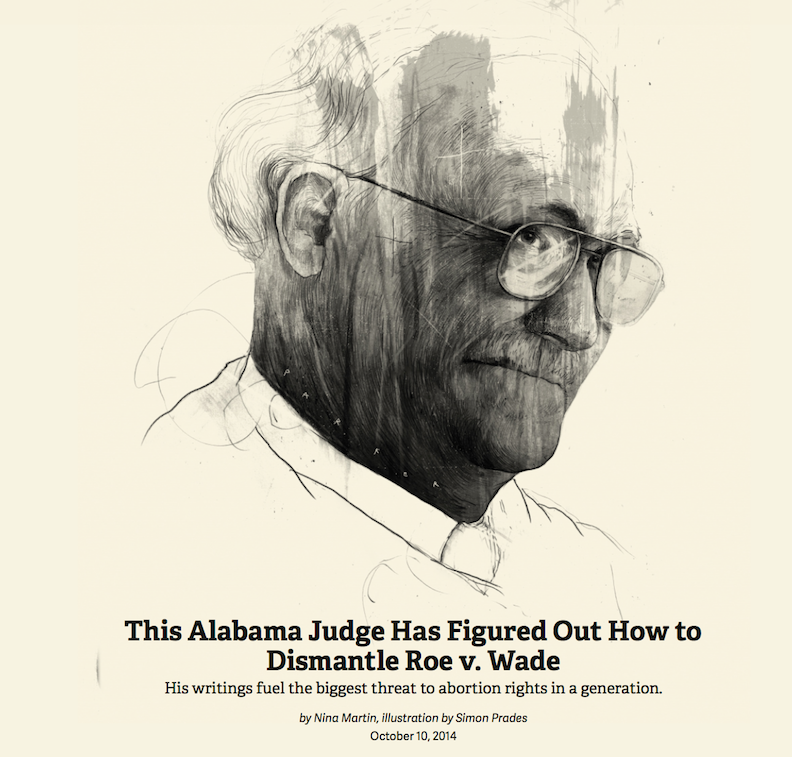 I just read an excellent article on Alabama Supreme Court Judge Parker: This Alabama Judge Has Figured Out How to Dismantle Roe v. Wade His writings fuel the biggest threat to abortion rights in a generation, https://www.propublica.org/article/this-alabama-judge-has-figured-out-how-to-dismantle-roe-v-wade

Many years ago I wrote serval articles that provided a quite different view of the law than Judge Parker.
First, a book chapter I wrote in 1990 : “Fetal Rights” in Robert D. Eden, Frank H. Boehm,
Assessment and care of the fetus: physiological, clinical, and medico legal principles (Appleton & Lange, 1990).
link to download: https://www.dropbox.com/s/pijr6x9fnmxnyv1/fetalrights.pdf?dl=0

The argument [Parker’s] that recognizing fetal rights or a duty to not harm the fetus, even if pre-viable undermines Roe is flawed. Protecting a pre-viable fetus from harm does not ineluctably or logically undermine Roe v. Wade or necessitate its reversal. As I wrote in 1990:

“If the fetus is not viable, however, it may be argued
that because a woman has the right to abort her fetus,
she may not be compelled to consent to any medical
treatment aimed at benefiting her unborn child. If, however,
the mother expresses her desire to carry her unborn
child to term, may a court treat this decision not to abort
as a waiver of autonomy or a waiver of abortion rights
such that a court may order treatment on a theory that
she should be treated as a prospective parent and mother
rather than as a pregnant woman seeking an abortion.[53
[Robertson JA. Procreative Liberty, and the Control of Conception,
Pregnancy and Childbirth, 69 VA. L. REv. 405, 441-7
(1983)]
. . .
Recognizing the right to terminate a pregnancy does not ineluctably
require recognizing that pregnant women have
a right to inflict physical damage on the fetus and bear
children with devastating handicaps.”

Earlier, in a law review article I wrote in 1983, LEGAL RECOGNITION OF NEOCORTICAL DEATH.,71 Cornell L. Rev. 850 (1986)
I made the point that both death and life should be defined with reference to the neocortical function and that personhood depended upon consciousness. Thus a pre-conscious fetus and a permanently unconscious vegetative patient should have no constitutional rights and should be treated as non-persons.

This was followed by a 1987 article I co-authored with Dr. Ronald Cranford, a famous neurologist (now deceased, who also testified in the Schiavo trial):Cranford & Smith, Consciousness: The Most Critical Moral (Constitutional) Standard For Human Personhood,13 Am. J. L. and Med. 233 (1987)

“Another category closely related to these three is the pre-conscious fetus. These human beings have many of the characteristics of the permanently unconscious patient — lack of awareness and lack of the capacity to experience pain and suffering — but have the potential for developing normal consciousness. We believe there are more similarities relating to consciousness between the end of life and the beginning of life than previously appreciated. If this is the case, the arguments concerning when human personhood ends will have significant impact on when human personhood begins during gestation. One important potential legal implication of this view could be that the most critical constitutional threshold during pregnancy for recognizing fetal rights over maternal rights is the point at which the fetus develops consciousness, albeit minimal, and the capacity to experience pain and suffering, rather than at the point of viability or birth. Roe v. Wade 24 should have focused more on consciousness, not viability, as the more crucial threshold for the balance between maternal and fetal rights. 25”

The bottom line is that the law may prosecute pregnant mothers who harm their pre-viable fetuses but still recognize the right to abortion under theories of waiver or, better, the view/conclusion that pre-conscious fetuses are not persons because personhood depends on consciousness.