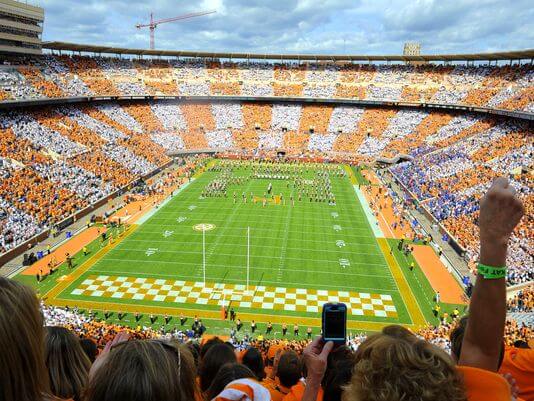 Knox News reports that there has been an increase in Title IX complaints at the University of Tennessee.

The reasons for the increase in Title IX complaints are debated within in the article. On the one hand, University officials attribute the increase to increased awareness and reporting. However, Anna Voremberg, managing director of End Rape of Campus, 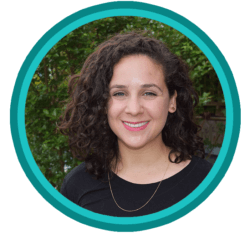 mentions the sexual assault lawsuit filed by our firm as a possible reason behind the increase in Title IX Complaints.

Voremberg said that, in addition to serving as an impetus for the university to improve its policies and procedures for handling sexual assaults.

The eight women in the lawsuit “stood up and held the school accountable,” she said.

“What they did could change the lives of thousands and thousands of students at Tennessee,” Voremberg said. “Tennessee had an obligation to shift their policies and procedures. Every single thing a survivor does that says ‘We’re here, we’re not going anywhere. It’s not our fault,’ contributes to the shift in culture,” said Voremberg.

The full text of the article is below:

The number of Title IX complaints reported at the University of Tennessee has more than doubled in the last year, and has risen more than 100 times what was reported in 2013, according to a recently released report from the State of Tennessee Comptroller of the Treasury.

The report, released in mid-December, also shows an increase in Title IX complaints under the Tennessee Board of Regents, which oversees community colleges and technical schools in addition to six state universities. The board reported 200 complaints in fiscal year 2016, up from 76 in 2013. Under state law, entities that receive federal funding to offer educational programming are required to submit Title IX implementation plans to the state that are subject to audit each year.

Officials from both the Board of Regents and the university said the rise in complaints is indicative of an increase in reporting and changes in reporting requirements, as opposed to an increase in actual Title IX violations, which may include gender discrimination, sexual harassment or domestic violence between students.

“I think it’s a good thing,” said Jenny Richter, Title IX coordinator for the University of Tennessee Knoxville and associate vice chancellor and director of the Office of Equity and Diversity. “We know these types of complaints are under-reported and I think the efforts made by (the Center for Health Education and Wellness) to educate our students, efforts by our faculty, by people at high administrative efforts, the training efforts we’ve made are bound to bring some focus to it.”

Richter, who compiled the UT system-wide data included in the state comptroller’s Annual Report on the Status of Submission of Title IX Implementation Plans, said changes in reporting requirements have contributed to an expected increase in the number of complaints. The rise also coincides with a federal lawsuit against the university alleging a “hostile sexual environment” and accusing the school of mismanaging sexual assault cases. The case was settled in July for $2.48 million.

Richter said she was not surprised to see a difference in the number of complaints reported between institutions of higher education and other state entities, where no more than one complaint was reported in 2016, if at all.

There are discrepancies in how Title IX complaints are tracked and reported between campuses at the University of Tennessee, but overall complaints regarding Title IX, no matter how they are tracked, are up, said Karen Ann Simsen, director of media and internal relations for UT Knoxville.

“Higher education has become very cognizant of the duties and responsibilities surrounding Title IX,” Richter said. “There’s been a lot of effort to make sure students know these things can happen, that they can find themselves in these situations that they’re not comfortable with. We try and give them some guidance and understanding, what to expect, how to deal with it, and to try and have people look out for each other.”

As terms of the lawsuit settlement, the university was required to adopt a list of “Title IX enhancements” including adding summaries of prevention programs and training to data reports and sexual misconduct between students, ending the practice of distributing written lists of lawyers to student athletes and enhancing and and enforcing mandatory sexual assault training for UT employees.

The university also announced plans for an independent commission to review policies and programs related to sexual misconduct and the hire of six new staff members to work on sexual assault prevention and awareness.

Many of those changes fell into place after July, while the report shows the number of complaints for the fiscal year that ended June 30.

Richter said she had no way of knowing whether the lawsuit and publicity around it contributed to a rise in awareness of Title IX issues and the rise in complaints. She said though that she expects the number to continue to grow.

“I’m not sure how many of our students are aware of it or paid attention to it,” Richter said. “I don’t know how many new, incoming freshmen read it. It would be very difficult for me to get into their minds to see if that had some kind of effect. Does it make us again take a look at our process and procedures? I would say yes because we do that all the time. It’s part of an ongoing effort to make things better.”

Mary Moody, an attorney for the Board of Regents, attributed the increase in complaints there to the implementation of mandatory training of staff and students regarding sexual harassment and assault, including what constitutes harassment or assault, how to report them, and the services available to victims. The board reported 200 Title IX complaints in fiscal year 2016, up from 76 in 2013. There are about 200,000 students at Board of Regents’ institutions.

“We do not believe that there is an actual increase in such incidents, merely an increase in reporting due to increased awareness on the subject,” Moody said in an email.

Staff members at the Board of Regents said the jump in Title IX complaints reflects higher awareness surrounding incidents that had been underreported before and they’ve taken recent steps to build that awareness on their campuses.

Since fall 2015, tens of thousands of employees and students have participated in training on the topic that rolled out across the system during the 2015-16 academic year. During an online course, participants learned about sexual assault and harassment, how to report the incidents and how to take advantage of campus resources for survivors.

Heidi Leming, the system’s Title IX coordinator and assistant vice chancellor for student affairs, said thousands of employees and students at campuses across the state learned about sexual assault and harassment – and about filing complaints – during training that rolled out across the system during the 2015-16 academic year.

At college campuses across the country, issues of sexual violence and discrimination have become more visible due to a number of reasons, including support of the Obama administration and social media campaigns that have pushed for transparency, said Anna Voremberg, managing director of End Rape on Campus, a non-profit group aimed at working to end sexual violence on college campuses.

“That increase comes from different places,” Voremberg said. “It used to be that Title IX rights were not a big thing schools were informing students they had. They had a vested interest in preventing students from coming forward after being sexually assaulted by other students and they had no interest in students holding their school accountable.”

Title IX complaints have risen across primary, secondary and postsecondary education over the last 10 years, according to the U.S. Department of Education, which reported 670 complaints in fiscal year 2006 compared to over 1,500 in 2016.

A 2011 push by the U.S. Department of Education to offer advice on implementing Title IX law, as well as other initiatives at the federal level, such as the 2013 reauthorization of the Violence Against Women Act, have contributed to a heightened awareness among institutions of higher learning, including at the UT system, Richter said.

Voremberg said though that the lawsuit likely has added to an increase in awareness on campus in addition to serving as an impetus for the university to improve its policies and procedures for handling sexual assaults.

The eight women in the lawsuit, while not named, “stood up and held the school accountable,” she said.

“What they did could change the lives of thousands and thousands of students at Tennessee,” Voremberg said. “Tennessee had an obligation to shift their policies and procedures. Every single thing a survivor does that says ‘We’re here, we’re not going anywhere. It’s not our fault,’ contributes to the shift in culture.”

Erin Furlong, a Tennessee senior and president of Vols 2 Vols, a peer education group on campus, said she has seen a shift in culture on campus, including more requests for programming around issues of sexual assault and violence.

Still, she wasn’t sure how aware the average student is of the Title IX lawsuit.

“I think culturally there’s been a large shift, or there’s beginning to be a shift, in recognizing that there isn’t as much stigma or shame around these topics,” Furlong said. “Part of that comes with the work we do and other things that feed into each other. The more requests or complaints we have, that feeds into more awareness and more programming, and hopefully, less Title IX complaints eventually.”