In 1969 Arthur J. Goldberg (U.S. Supreme Court Justice from 1962-1965) and U.N.Ambassador from 1965-1968 gave a speech at the University of Pennsylvania law school (Univ. of Pennsylvania Law School’s Owen J. Roberts Memorial Lecture series) and spoke out against the “insidious” “new order of police behavior” threatening rights guaranteed to persons, including criminal suspects, in the name of “efficiency in law enforcement.” As the decade of the 60s was ending Justice Goldberg spoke of “critics who propose to alter the fundamental balance, established in the Bill of Rights, between the power of government and the autonomy of the individual.” One point Justice Goldberg made has always stuck with me. He said: “the power of the criminal is nothing compared to the power of the state.” Goldberg returned to this theme in a 1970 essay “Our Besieged Bill of Rights.”

In 2015 little has changed. In fact, things are much worse in the balance between police power and the rights and autonomy of the individual. The militarization of the police, use of excessive force and unreasonable use of deadly force in shootings by police officers have become a crisis and major debate issue in our politics. Quentin Tarantino called police officers who have been involved in unwarranted shootings of civilians “murderers” and is he is not backing down from his remarks. 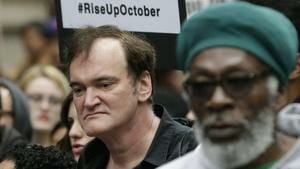 Tarantino Speaks out on Police Behavior

Our firm investigates and pursues police brutality cases and violations of Civil Rights by police and government officials, especially in cases of death, serious injury or deprivation of fundamental constitutional rights.