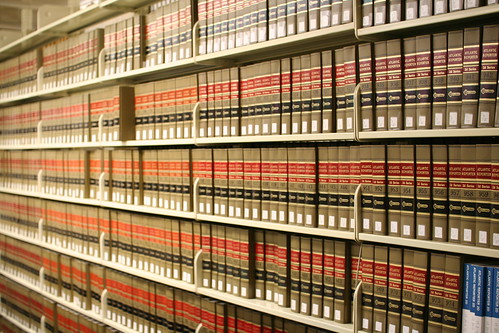 This story in the ABA Journal reports that New York law firm Kaye Scholer moved its New York City office into new space sans law books. The New York Times reported, in a catchy title, “So Little Paper to Chase in Law Firm’s New Library.” The Times also spoke with lawyer Ira Goldfarb, of Friedman, Levy, Goldfarb & Green for his take on the law firm library. Partners at his firm were recently photographed in their library for a Super Lawyers advertising supplement. “The answer to your question is that they’re basically decoration,” Goldfarb said of the books. “They’re an anachronism. We couldn’t give them away if we wanted to.” R.I.P. “reporters” (West law books).