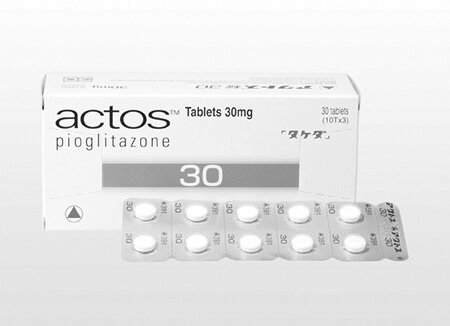 According to a recent warning issued by the FDA the drug Actos, used to treat Type 2 diabetes, has been linked to an increased risk of bladder cancer especially in patients who have used the medication for more than year. On June 15, 2011 the Food and Drug Administration (FDA) issued a safety alert regarding pioglitazone, the active ingredient in diabetes drug Actos. Studies have indicated that the risk of bladder cancer associated with products that contain pioglitazone, such as Takeda Pharmaceutical’s drug Actos, increases with long term usage.

The U.S. Food and Drug Administration (FDA) is informing the public that use of the diabetes medication Actos (pioglitazone) for more than one year may be associated with an increased risk of bladder cancer.
If you take or have taken Actos and contracted bladder cancer, contact our Tennessee Actos lawyers for a free consultation toll-free (800) 394-2119 or fill out our form.

Actos (pioglitazone hydrochloride) is classified in a group of drugs called thiazolidinediones all of which are used to treat diabetes. This class of drugs has been linked to liver and cardiovascular issues and just last fall, the use of Avandia was severely restricted in the U.S. because of concerns about an increased risk of heart attack.The active ingredient in Actos (pioglitazone) is also sold in combination with metformin (Actoplus MetÂ®, Actoplus Met XRÂ®) and glimepiride (DuetactÂ®). From January 2010 through October 2010, approximately 2.3 million patients filled a prescription for a pioglitazone-containing product from outpatient retail pharmacies.

Actos side effects may include:

If you or a family member is suffering from a serious injury or health complication as the result of Actos you should speak with an experienced defective drug product attorney (Nashville Tennessee Actos lawyer) about your legal rights and options. You may have grounds to file a claim in pursuit of compensation for your current and future medical bills, pain and suffering, mental anguish, lost wages, and decreased quality of life. In the event that your loved one has died due to a drug error with Actos, you can speak with an attorney about filing a wrongful death or injury claim.