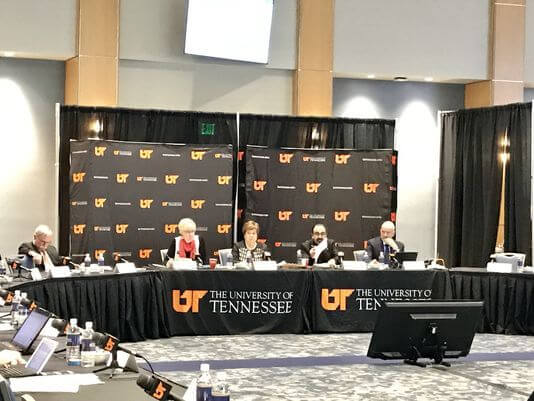 KnoxNews reports that “a new student code of conduct is on its way to being implemented at the University of Tennessee Knoxville after a UT board of trustees subcommittee gave it unanimous approval Tuesday morning.”

Our firm’s Title IX settlement is mentioned in the article:

“The settlement of a federal Title IX lawsuit last year initiated a change in the code such that students cannot serve on student disciplinary boards in cases involving allegations of sexual misconduct without the consent of both the respondent and the complainant. The university also held a public rule-making hearing in October where they received verbal feedback on the code and reviewed more than 80 written comments.

One of the major changes to the code is the removal of some language related to sexual misconduct and sexual assault in favor of references to the campus policy on sexual assault. Carilli said the change helps prevent the potential for conflicting information and streamlines campus policies.”

The proposed change arose from our firm’s representation of a UT student in a Title IX complaint against another student. This student was not a plaintiff in the Title IX lawsuit, but her experience led to the change as part of the Title IX settlement of that lawsuit. Now, following the Title IX settlement, students cannot serve on student disciplinary boards in sexual assault cases without the consent of both the the Complainant and the Respondent. Title IX and other federal laws require that complaints of sexual assault be handled in a way that is both prompt and equitable. We advocated for this change to ensure fairness to both parties.