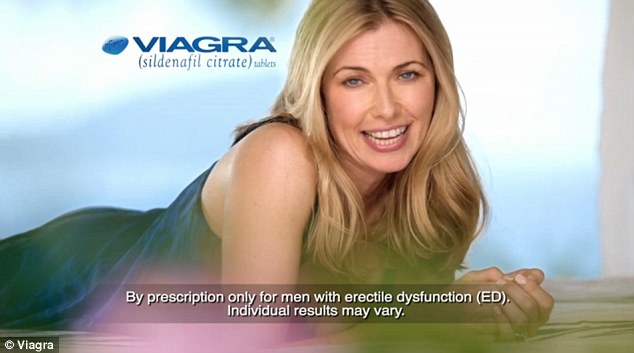 The United States is one of a handful of countries that allow drug makers to market directly to consumers through TV commercials. The practice should be illegal. Pfizer’s new round of advertising for Viagra has is stirring new concerns over Viagra advertising practices. , social media and online news sites have been abuzz after Pfizer’s latest advertising campaign for Viagra ran with an attractive woman imploring viewers to talk to their doctor about erectile dysfunction and Viagra. The Forbes article focused on the idea that such ads are generating backlash because they are perceived as being inappropriate. The article quoted a doctor who works for Pfizer as saying he felt uncomfortable when his 11-year-old daughter started asking him about the ads. The ads also raise concerns about marketing drugs directly to consumers because it allows drug companies to pressure doctors to prescribe their drugs by winning over their patients.

Pfizer is also facing other concerns about Viagra, namely concerns that the drug can cause Viagra melanoma. Melanoma is a particularly-dangerous form of skin cancer. A recent epidemiological study found that patients taking Viagra had a higher rate of melanoma than their peers. The study also found that patients with erectile dysfunction who were not taking Viagra did not have an increased risk of melanoma. Additionally, patients taking Viagra did not have an increased risk of other types of skin cancer. Each of these observations adds credibility to the idea that Viagra can increase the risk of developing skin cancer, though the study’s authors advised that further research was needed.

Viagra melanoma lawsuits have alleged that Pfizer was aware, or reasonably should have been aware, of the risk of Viagra melanoma.

Drug makers like Pfizer have a legal obligation not only to thoroughly test their products for safety and efficacy, but also to perform “postmarket surveillance.” Postmarket surveillance is the act of reviewing reports of complications and signs that a drug like Viagra is having unforeseen consequences.

Even the best clinical trials have several thousand test subjects. While this sounds like a large number, it is possible the number does not adequately represent the population of people that ultimately use a drug. Once a drug hits the market, new side effects may become more obvious than originally suspected. Viagra melanoma lawsuits may seek to recoup the cost of medical care related to Viagra melanoma, lost wages, lost income potential, and legal fees.
In general, Viagra melanoma lawsuits are filed individually by each plaintiff and are not class actions.

If you have melanoma from Viagra and need a Tennessee product liability or Nashville personal injury attorney, please contact us here for a confidential case review.