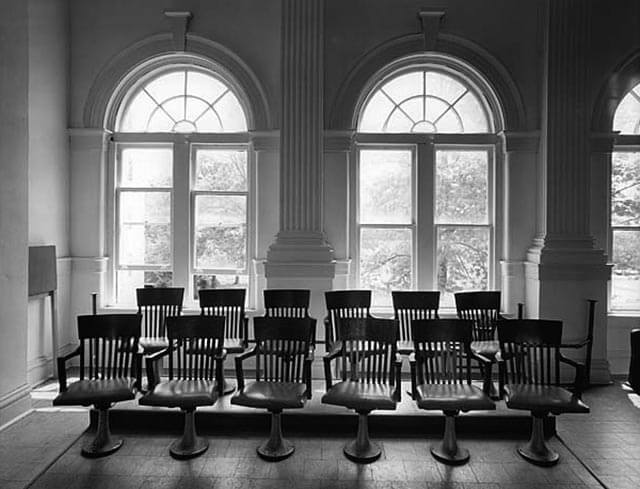 Plaintiff (view complaint here) was arrested and incarcerated in the Hickman County Jail on December 12, 2011, to await her Court date set for January 3, 2012. The arrest occurred after her fiance’s vehicle was stopped for a non-functional headlight while on the way
to a special dinner after winning a discount for the meal. PlaintiffPlaintiff was not driving the vehicle; however, she was arrested after a search of her purse showed she had possession of pills and drug paraphernalia. The pills that were in her possession are known to be associated with a high risk of addiction and dependency and included medication legitimately prescribed to either herself or her fiance, who was driving the vehicle and was not arrested. Plaintiff was booked, searched and fingerprinted by Defendants John Doe (believed to include persons with the last name “Deitman” or “Wallace”) before being assigned to a cell.

Plaintiff then underwent a “medical screening,” and answered medical questions designed to assess potential medical risk of inmates. Upon information and belief, Defendant Luna conducted the initial “medical screening.” The medical screening was not taken or subsequently acted upon in compliance with the existing protocol, policy or guidelines of the Hickman County Jail or associated medical entities which also failed to include specific and necessary guidelines addressing withdrawal or detoxification procedures for inmates known to have addiction or dependency to drugs or medication as presented in this case. Plaintiff’s answers to the medical questions strongly indicated the need for further medical screening as well as an emergency referral for substance abuse or circumstances regarding her mental health or state of mind; however, no such action (required even under exiting jail and associated medical entity’s policies and procedures) was taken. At the time of her arrest and intake, she was taking substances known to cause dependency and associated with a high risk of abuse including medication prescribed by Rose Widener, NP, for several years to treat chronic pain resulting from previous automobile accidents and also for severe psychological conditions. Said medication included oxycodone and Xanax and was reflected in Plaintiff’s answers to the medical questions, subsequent notations by jail and medical personnel, and in her arrest records.

Plaintiff advised Defendants about her medications repeatedly throughout her incarceration and also of her fear of imminent (and ultimately fatal) withdrawal. Plaintiff also notified her family (via her limited allowable telephone use) that her medications had been confiscated and were not being administered while expressing urgent concerns over the effects of withdrawal on her health. Her family, in response to the communications, repeatedly contacted the jail and attempted to voice the concerns over her health. Plaintiff’s family members also made efforts to raise the funds necessary to make bail but were unable to do so in time to save her life.

During the first three days of her incarceration (Dec. 12, 13 and 14 of 2011), Plaintiff had not received medical attention from a nurse or other medical provider within the jail, despite exhibiting clear signs of withdrawal, severe symptoms of serious psychological disorders, and in spite of repeated reports of the immediate need for medical attention from both Plaintiffs’ decedent and her family members.

Plaintiff’s condition continued to decline and on December 15, 2011 at 06:30 AM, she filled out a “Grievance Report” in an additional effort to receive medical attention. The report reflected complaints of “bad withdrawals” and requested the attention of a medical professional as soon as possible. Later that day when Plaintiff did get to see a nurse (Defendant Cloud and “Nurse Helper Wallace” (Jane or John Doe)) at 9:58 AM, notations were made of multiple highly addictive prescription medications that the Plaintiff was on at the time of her arrest as well as a history of substance abuse. Defendant Cloud noted that Plaintiff was under the care of a physician for her chronic pain, on multiple medications including those legitimately prescribed by her physician at the time of her arrest and that, for several days leading up to and during the examination she was vomiting, had diarrhea, body aches and neck and leg pain. Despite those notations, Defendant Cloud made no actual reference in her documentation to withdrawal and instead, she and “Nurse Helper Wallace” (Defendant John or Jane Doe) ordered Plaintiff to be moved to an isolation cell for a three day time period and placed her on a full liquid diet. Around 3:00 PM, Defendant Cloud returned to check on the patient and several blankets brought to the cell approximately five minutes later. In addition to the notations of the Plaintiff’s ongoing medical issues made by Defendant Cloud, video footage timestamped from 11:22:03 AM (Dec. 15, 2011) to 12:18:42 AM (early morning Dec. 16, 2011), shows Plaintiff repeatedly vomiting and becoming ill. Defendants acted with deliberate indifference and at no point did Defendant Cloud actually address Plaintiff’s withdrawal through action or in her documentation. Defendant Sexton, MD, is identified in available medical records as the attending physician. Defendant Sexton acted deliberately indifferent in his care of Plaintiffs’ decedent as evidenced by the insufficient medical treatment given Plaintiff’s symptoms and behavior, notations of Plaintiff’s medical conditions and history of substance abuse by the medical personnel including Defendant Cloud, or the information obtained during the medical screenings. Defendants Luna, Cloud, John or Jane Doe, and Sexton, also completely ignored Plaintiff’s medication needs even after she knew that she was under the care of a physician and on multiple prescriptions. Defendants Cloud and John or Jane Doe(s)’s actions were deliberately indifferent and failed to comply with the existing health service medical policies which require the complex nurse to determine the validity of all brought in medications.

Despite the full liquid diet instructions, a tray of food was brought to Plaintiff at approximately 3:50 PM which was returned through the cell door about one half hour later.

At 11:29:49 PM (per the video time-stamp), Plaintiff fell from her bed. Jail policies and procedures requires visual checks at specific time intervals every fifteen minutes. The policies also specifically prohibit the substitution of surveillance equipment for observations by correctional officers and also require a supervisor to be notified when any suspicious or unusual occurrence is observed; however, Plaintiff remained on the floor following the fall without receiving any attention, medical or otherwise, until 12:15:38 (per the video time-stamp), more than forty-five minutes later. Defendant Felicia Roberson, identified in jail records as “Tower Officer Roberson,” was monitoring the surveillance video at the time and was deliberately indifferent to the fact that Plaintiff fell and lay unconscious without assistance for more than forty five minutes.